Even small amounts of alcohol have a negative effect on your judgement, cognitive ability, memory and reaction speeds. Alcohol damages your brain, whatever your age, but the fact that the brain is still developing up to around the age of 25 means that young people’s brains are more sensitive.  Body size plays a part, too. A small body contains less fluid with which to dilute the alcohol, which means you will get drunk more quickly.

Young people’s brains haven’t finished developing, which means they’re hit substantially harder by the harmful effects of alcohol than someone who starts drinking at a later age.

Young people have an inbuilt urge to explore and to take greater risks, which is not only natural but, in many cases, a good thing. This is how your teenager tests their limits, develops new skills, and builds their self-esteem. It’s how they become more independent and take more responsibility for their lives. But it also makes the teenage years a time when young people often take risks without thinking about the consequences. Most adults, for example, can see the consequences of their drinking. Young people find it harder to realise they’re getting drunk, and they often get very drunk, very quickly. It can take only a few years for teenagers who drink heavily and frequently to become addicted. For adults, this process usually takes longer, because it can be easier to spot the warning signs and stop what they’re doing.

IT CAN DAMAGE THEIR SELF-ESTEEM

As if it weren’t enough that your body’s developing at a fast rate in your teens, it’s a delicate time for your personality, too. Your teens are when you develop your self-esteem – how you think about yourself and your sense of who you are, in other words. If you feel unsure and that you’re only brave enough to do things like talking to people, flirting and having fun when you’re drinking. There’s a real risk  that you will feel you have to get drunk to have the courage to do these things. Alcohol might initially feel, to teenagers, like a good way of boosting self-confidence and making things easier, but in the longer term, it has quite the opposite effect.  It can make them avoid doing the sort of things they’d actually like to do, but don’t really feel they dare to – or make them do things more for other people’s sakes than for their own. 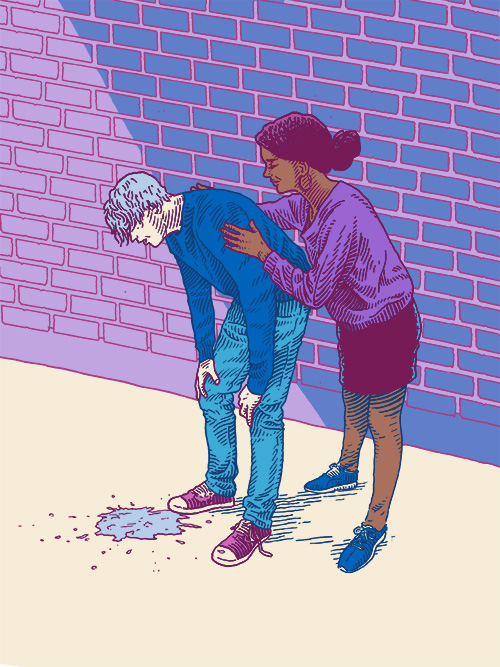 TEENAGERS CAN GET INTO TROUBLE

Alcohol and violence go hand in hand. Alcohol is involved in almost 6 out of every 10 cases of physical violence – either the perpetrator or the victim (or both) are intoxicated. The risk of all sorts of serious accidents increases, because when you’re drunk, your brain doesn’t function as well as it usually does. Accidents involving falls, burns or drowning, to mention just a few examples. But alcohol can cause serious problems in relationships, too. Teenagers have told surveys that when they were drunk, they got into fights with their friends, had sex even though they didn’t really want to or been photographed in embarrassing or humiliating situations.

The risk of an accident increases when the non-sober driver has a blood alcohol concentration of just 0.2 promille. So even if your teenager isn’t the one driving, it’s important that  they don’t ride with a driver who’s been drinking alcohol. 14 per cent of ninth graders state that they have done precisely that. And when it comes to fatal accidents, there are some statistics that should give you pause for thought. Just over one in every five people who die in road accidents do so in an alcohol- or drug-related accident, and that’s true whether the accident involved cars or mopeds. Tell your teenager they should never ride with a driver who’s been drinking.  And if your child has a moped, it should be left at home if they’re going to a party.

EARLY DEBUTANTS CAN HAVE PROBLEMS LATER IN LIFE

The vast majority of those who drink heavily in their teens cut down as they get older. But there’s a risk that the drinking habits you acquire as a teenager stay with you throughout your life. There’s also an increased risk that teenagers who drink alcohol also try other substances, such as tobacco or narcotics.