Drinking levels fell in the late 1970s and early 80s, but in the 90s, consumption levels rose again, and by 2000, boys in the 9th grade were drinking 5.3 litres of pure alcohol per year, which is the highest volume ever measured. The figures for girls peaked in 2005, when they drank 3.2 litres of pure alcohol (apart from 1977 when the volume was even higher). Consumption levels by boys and girls have been more or less stable over the recent years, totalling around 1.0 litre. Annual consumption levels amongst upper secondary school students have also fallen over time and boys and girls drank, on average, 2.6 litres and 1.9 litres, respectively, in 2019. 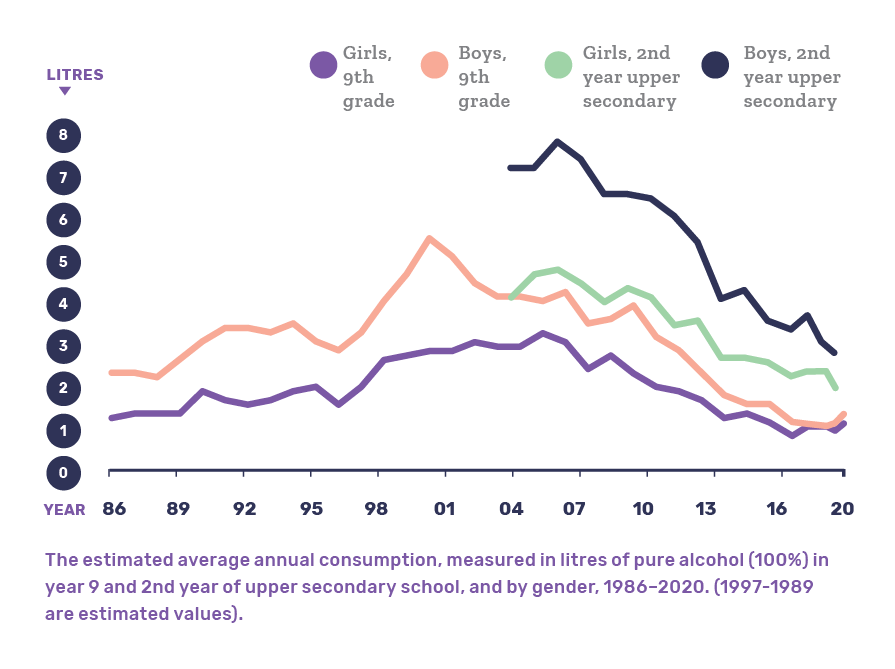 THE PERCENTAGE WHO DRINK HEAVILY AND OFTEN HAS DECREASED

The amount that young people drink every year doesn’t give the whole picture, however: it’s equally important to look at how many are drinking in a risky way, when they’re drinking. 8 per cent of ninth graders said that they binge drink (one bottle of wine or corresponding amount of other alcoholic beverages) at least once a month. The corresponding figure for students in year 2 of upper secondary school was 20 per cent in 2019. Which is far fewer than ten years ago.

THE MOST COMMON PROBLEMS

The Swedish Council for Information on Alcohol and Other Drugs (CAN) also asks, as part of their survey of school students, about the sort of problems young people have experienced in connection to alcohol. Here are some of the most common responses by teenagers who have drunk alcohol during the past 12 months: 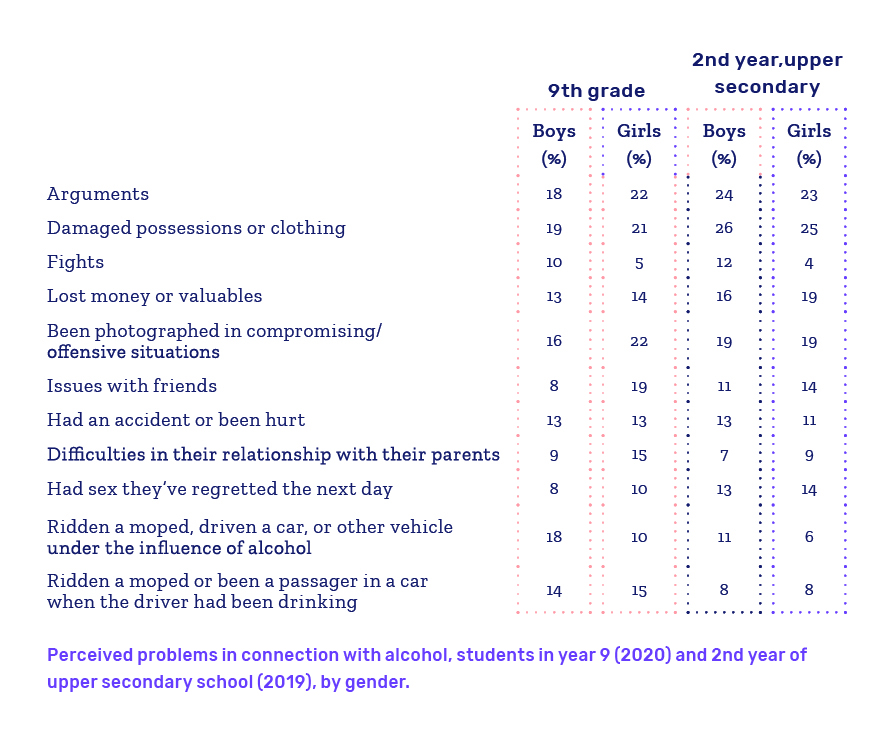